Memories of a Friend 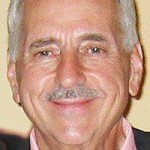 Yesterday I lost a good radio friend. J.C. Simon passed away in Las Vegas after a prolonged illness. Unless you knew the Michigan radio scene in the 70s, or were one of his many friends in Las Vegas, you may not have heard of him.

J.C. had many interests which included JC’s Place, and he was a stealth promoter of Las Vegas, as well as his hobby of cigars with his Las Vegas Ash group. If you were one of his Twitter friends, you always found out about some of the latest and greatest information about cigars. He’s also mentioned on several Detroit pages including the Detroit 2006 Reunion.

I can only speak about our days running a small radio station in Michigan. I’m sure his many friends in Las Vegas have their memories, but let me tell you about forty years ago.

I met J.C. when I was hired by the father of a fledgling radio station owner in Michigan. The station was an AM daytimer, and FM class A. Other than a local religious station, we were the only station in the county, which was surrounded by Flint, Port Huron, and the 800# gorilla, Detroit, to the south. The station was losing business, much in part to the owner taking liberties to trade out everything for his home. I was hired by the father who knew of what I did from a friend in Port Huron radio. I was hired to keep the son out of trouble, and make the station successful. I had just returned from the west coast, having worked in San Diego radio, and was looking for something “interesting” and challenging.

If you remember the show “WKRP in Cincinnati”, there was that moment when the existing staff, and Andy Travis (Gary Sandy), realized the old days were gone, and something exciting was going to happen. I had finished up cleaning up the old program director’s office, which had been shuddered for years, when J.C. came in. He was quizzing me about what might happen and if his job was safe. I had a feeling I could trust him, so I presented my plan.

The station, (due to an obvious ignoring of business), had a format of “whatever a DJ wanted to play”, so mornings were sort of Motown, mid-day was sort of county, afternoons were rock, and nights on the FM were progressive rock. BTW, the FM was mono, and only broadcast till 11PM because the owner said nobody in the county was awake after 11.

As I presented my plan I could see J.C. was very interested and excited. Being a Detroit kid, he was raised on some of the best radio had to offer, Keener-13, The Big 8, WCAR, WXYZ, and even some of the smaller stations like WJLB, WEXL, WPON, and other which graced the airwaves. J.C.’s father owned a shop down on Jefferson Avenue, so he lived the music and knew what was hot. As I recall, he had many of the surveys from stations at both his father’s store and his.

J.C. was very adamant that there were two factors in playing music on radio. One was “you had to know what to play”, and the other was “you had to know what NOT to play”. Although he followed the music charts, it was not unusual for him to play a GOOD deep track from an album, and usually it was something which would eventually album chart in Billboard. Although he worked with the record reps, he would often take chances and program a song, and I would say he was about 99% right in his choices.

Before he came to the radio station he had owned a record store in Detroit. After he moved from Detroit, he opened up a new store in Imlay City, Michigan, called “Good Vibes Records”. After I found out about his place I must have dropped at least a couple thousand dollars there getting albums. Again, his musical knowledge had all the best and late breaking artists at the front door ready for sale. But, he always knew the older stuff, too. I can remember asking him about some Temptation’s songs and he walked right back to a bin in the back of the store and pulled out the album with all the songs I was talking about. It didn’t matter if it was rock or country & western, he knew them.

J.C. also was a man of pride. I recall at one Eastern Michigan Fair, (in Imlay City, MI), a famous country crossover artist refused to do an interview with us because in her words we were a “bunch of small market goat ropers”. Her songs were pulled from the air, and it was well after we both had left that anyone ever played one of her songs again.

He was also a trickster, who could do an imitation of a cricket. When I would be on the air he would come in, make the sound, and then look around as if he was trying to find the cricket. He had me going for about 3 weeks before I figured out it was him doing the sound. There were other instances of insanity, too many to mention, where someone would crack up on the air, or a clueless co-worker would get pranked. He got one of the sales guys pretty good by leaving a phone message on the guys desk, (one of those little pink sheets), asking the salesman to return a call to Mr. Lyons. When the sales guy called the number, it was the cat house at The Detroit Zoo.

Other stations in the area were also his foil. I remember him telling the radio audience to call a number and say something about our station. As it turned out, the number was one of our competitors in the next county.

We also conspired a lot on promotions, many of which were outrageous for a small station. His “Thumb Card” idea was based on the concept that our region of the state was known as “the thumb of Michigan”. The plastic card was given to listeners who could go to sponsors of The Thumb Card and get discounts or free things from advertisers. In turn, when presenting the card at an advertiser, they knew where it was coming from. This gave the salespeople at the station an “in” to tell our clients, “see how well radio works for you”. J.C. also gave out the cards at his record store, so we really gained popularity with advertisers who enjoyed the large number of people coming in their stores.

Being from Detroit’s inner city, J.C. knew that it took more than just music to make a station. He would often tell some of the kids we had as DJs what to say, what not, and he would play them airchecks of DJs in Detroit showing them how to talk up records, and how to backsell properly. His pet peeve was when an announcer would stammer on saying nothing important, or talking up a song and just rambling to hear their own voice in their headphones. He would “take them to school” on using long intros to read weather or PSAs. He also made it painfully clear that jocks had to follow the clock, and play only what was approved.

As the two of us built up the station, turning it from deeply in the red to positively in the black, there were demons brewing.

For me it was the owner, (smelling success), who wanting to take over the programming, music, and promotions. He eventually did, and ruined a great station. For J.C. it was a wife problem, and subsequent issues at the music store. He left first, then I. The station retreated back into its shell, and finally was sold at a loss. For the station and the remaining people it was tragic. For the two of us it was motivation to a new chapter in our lives. He went west to Las Vegas, and I went south to Ohio.

J.C. and I would hook up when I had the opportunity to get to Las Vegas. The last time was when he was music director of KFMS-FM 102. I would always bring him some Faygo pop, Better Made potato chips, and some cassettes of Detroit radio. The demands on our life and jobs kept us away in the past few years.

J.C. was preceded in death by a brother, John G. Simon, and his long-time soul-mate, Cathy, who was stricken by cancer. I’m sure if there is a radio station in heaven, God has him programming the music. And if you need a cigar in heaven, look up J.C. He has the best of them all. RIP J.C. You WILL be missed.

I work as the Director of Engineering for TV broadcast affiliates. In my nearly 50 plus year broadcast career I have worked at recording studios, radio, and television stations. Hobbies include; collecting “oldies” from the years 1955 to 1990 that charted in the radio industry in the Whitburn/Billboard charts for Rock and C&W. I also restore old tape recordings of radio jingles, airchecks, and broadcast production music from tape and records. I also design circuits and home-brewing equipment such as audio processors, tube compressors, switcher & control systems, audio distribution amplifiers, and audio mixers. My amateur radio call sign, W8HDU, was granted via the F.C.C. vanity call-sign program, and was my grandfather’s call.
View all posts by Frederick R. Vobbe →
This entry was posted in General Info and tagged Cigar, Cigars, country, Good, Imlay, Imlay City, JC, KFMS, KFMS-102, Lapeer, Las Vegas, Michigan, music, radio, Simon, Thumb, Vibes, WTHM. Bookmark the permalink.

2 Responses to Memories of a Friend